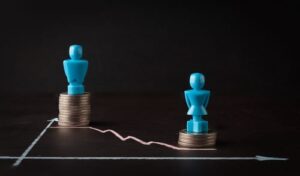 BBC presenter Samira Ahmed has won her equal pay claim after showing that the work she did presenting Newswatch was equal to that of the Points of View presenter Jeremy Vine.

This case is a reminder to employers to be alert to equal pay issues when determining pay.

Facts of the Case

The BBC tried to argue that the programmes and the presenter’s roles were not comparable, but this argument was rejected by the employment tribunal. The judge found that for equal pay purposes Ms Ahmed’s work on Newswatch was like, or of equal value to, Mr Vine’s work on Points of View. Each presented a 15-minute pre-recorded programme with a magazine format, which discussed viewers’ opinions. The producers wrote the scripts and any differences in content or tone were minor. They had no impact on the presenters’ work, or the skills or experience required to present the programmes.

The tribunal went on to consider whether, as the BBC argued, there was a material factor, which did not involve sex discrimination, which could justify the difference between the pay of Ms Ahmed and Mr Vine. The BBC’s arguments included Mr Vine’s ability to have a “glint in his eye” and to be “cheeky” but the tribunal didn’t accept that translated into a skill or experience required to do the job and found that in any event these things were written into the script. The tribunal also rejected arguments that the difference in pay was caused by matters including the profile of the programmes and presenters. As the BBC were unable to show that a ‘material factor’ applied prior to October 2018 Ms Ahmed succeeded in her claim. She could now be awarded up to £700,000 in compensation.

With an increasing number of high profile equal pay claims, it may be more likely that employees will be prepared to challenge what they see as unfair pay practices. With this in mind it’s important for employers to ensure that employees are paid lawfully and that this can be evidenced if challenged.

If an employee in your organisation raises an equal pay complaint, it’s important to deal with it promptly and appropriately. This will usually involve addressing the matter using your grievance process which in outline will require:

As equal pay is a particularly tricky area, it’s important to seek advice on the facts of your case before taking action.

If you have any employment law matters you would like assistance with, please do not hesitate to contact Kingfisher Professional Services Ltd as we are happy to help.