A tribunal found that a flight instructor had been unfairly dismissed following an argument with a director, after which the director said ‘you are not flying my aircraft – pack your things and 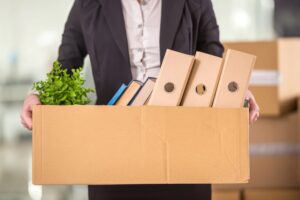 The tribunal found that in the circumstances the director’s words were a dismissal and that it was unfair – even though the employee had called the director a t**t and threatened to hit him.

The case of P Jones v Fly Light Air  highlights the importance of employers acting appropriately to avoid matters escalating and posing a risk to the organisation.

The employee discovered that the aircraft he usually flew had not been serviced despite two colleagues having previously said they would do so. He booked an alternative aircraft to use that day but when he saw the director made a comment about the service which the director felt was sarcastic.

The employee, believing he had been dismissed, responded with ‘I’ll see you in court’ took his belongings and left.

The employment tribunal agreed. The judge found that:

The tribunal awarded the employee compensation of over £18,000 after taking into consideration the fact that he had significantly contributed to his own dismissal by acting the way he did. However, the award also included an uplift of 20% for the employer’s failure to follow the ACAS Code of Practice on Disciplinary and Grievances before dismissing the employee.

This case shows that no matter how inappropriate or frustrating an employee’s behaviour is, it’s important for members of the management team to keep calm when dealing with the situation and to deal with matters appropriately.

You should always seek advice from Kingfisher Professional Services Ltd before taking any action in relation to a conduct issue, irrespective of the length of service of the employee involved. We can provide advice and  practical guidance based on the specific facts of your case.