Lessons from an Employers Costly Conduct

An employer has been ordered to pay over £50,000 after they lost a case for race and sexual orientation harassment and constructive dismissal. 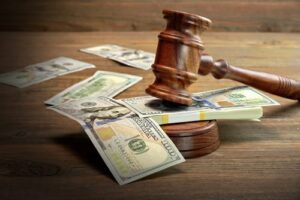 So, what happened in the case of Hoch v Thor Atkinson Steel Fabrication Limited?

The employee, a white heterosexual South African, worked as a buyer for a steel firm. After about a year of working there the owner started to address him using racially offensive terms and using homophobic comments. This continued for a substantial period of time and the behaviour extended to the wider workforce. Comments from the owner included use of the N word and phrases including ‘f****** foreigner’ and ‘gay c***’.

The employee was offered a lower paying job with a different employer  and ultimately resigned citing the abuse he had been subjected to. The owner offered the employee a grievance hearing which would be conducted by the company’s HR Representative – who was also the owner’s wife. The employee refused to attend as he felt the hearing would be biased, at which point the HR Representative suggested her friend – a cleaner at another Company – as an alternative chairperson. The employee again declined to attend.

It’s important for employers to take appropriate steps to prevent harassing behaviour from occurring in their organisation. Whether the owner in this case recognised his behaviour as harassment or not, that was clearly the case here.

So, what can you do to protect your organisation?

If an employee raises a grievance about harassment, it’s important to note who the complaint is about and consider who would be an appropriate person to manage the grievance process. For the process to be fair, it should usually be conducted by a manager of appropriate seniority / director who has had no previous involvement in the matter. Remember, you will usually also need someone different of appropriate seniority to hold the appeal, if one is made.

For small businesses, it can sometimes be difficult to ensure the separation of roles as there may not be enough appropriate people available. If this affects your organisation and you are unsure of who should manage a grievance process you should contact Kingfisher Professional Services Ltd for advice on your situation.