Restaurant Found to Have Unfairly Dismissed an Employee for Whistleblowing

An employment tribunal has found that an Assistant Restaurant Manager was automatically unfairly dismissed for blowing the whistle about the use of Knorr chicken stock powder in dishes. 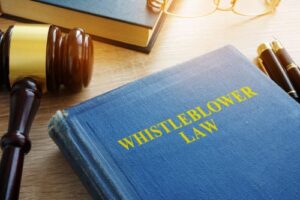 The case of Ali v Indian Cuisine Ltd highlights the importance of employers being able to recognise a whistle-blowing complaint and ensuring that they treat whistle-blowers lawfully. If someone has blown the whistle, they are protected from being dismissed because of this or from being subjected to any other detriment. Whilst the employee in this case had been working for his employer since 2016, it’s important for employers to bear in mind that there is no minimum length of service requirement for whistle- blower protection.

The employer owned three restaurants in London, one in Mayfair was closed for refurbishment. Due to this a Michelin starred Head Chef and an Assistant Manager (‘the employee’) were temporarily working in a different restaurant.

The Head Chef started to prepare and taste new dishes which included the use of Knorr chicken stock. The employee believed that this ingredient was being used both with halal meat and in vegetarian and vegan meals. He became concerned that customers may be misled by the addition of the chicken stock and was particularly concerned about the allergen charts being updated.

The employee raised concerns about this on three occasions:

The General Manager raised the issue with the Director and was told to keep selling dishes as if they were suitable for all dietary requirements. When told that the team members would not be happy the Director replied, “those members of staff need to be phased out”. The General Manager was unhappy about this and went on paid leave. The employee and another Assistant Manager were subsequently made redundant.

The employee felt that his redundancy was unfair and that the real reason for his dismissal was because he had raised concerns. Following an unsuccessful appeal, he complained to the employment tribunal that he had been automatically unfairly dismissed for blowing the whistle.

The employee won his case. Although the employment tribunal accepted that the decision had already been made to make the employee and other Assistant Managers redundant because of restructuring, the tribunal found that the employee’s dismissal was accelerated by him blowing the whistle. As such, the dismissal was automatically unfair. However, as it was found he would have been made redundant anyway just one month after his actual dismissal, his compensatory award was limited to one month’s pay.

If an employee blows the whistle on wrongdoing, it’s important to ensure the matter is addressed appropriately and that there is no retaliation against the employee.

Whilst the employer on this occasion didn’t face a large award for the unfair dismissal, that was because of the particular facts of the case. It should be born in mind that there is no upper limit on the compensatory award an employment tribunal can make if you automatically unfairly dismiss a whistle-blower.

If an employee in your organisation raises concerns, you should seek advice from Kingfisher Professional Services Ltd on the facts of your case.