An employee has been awarded nearly £400,000 after winning her tribunal case for race and age discrimination, harassment and victimisation.

The case of Giwa-Amu v DWP is a reminder to employers of the importance of taking steps to try to prevent breaches of the Equality Act from occurring. As there is no limit on the amount that can be awarded in such cases, they can be costly.

The employee worked as an administration officer. She is of mixed Nigerian and Welsh descent and was the only non-white recruit and trainee over 50 in her cohort. During her employment a 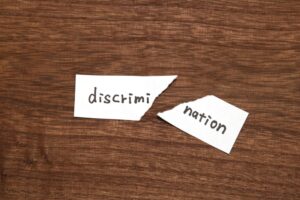 number of incidents occurred before she ultimately went off sick and was dismissed for being unable to return to work.

The employee complained to an employment tribunal that during her employment she had been subjected to  racist and ageist harassment and discrimination and that she had also been victimised.

The employment tribunal upheld her claims in relation to a number of incidents including:

As in this case, employers can be held vicariously liable for the discriminatory or harassing acts of their employees. To reduce the likelihood of such conduct occurring it’s important to:

It’s also important that managers are alert to the issue of victimisation and understand that an employee should not be subjected to detrimental treatment because they have done or propose to do something in connection with the Equality Act, such as raising a grievance about harassment.

If an employee in your organisation raises a complaint about discrimination or harassment it is important that this is addressed promptly and appropriately. In most cases this will usually involve addressing it as a grievance in accordance with your grievance procedure. However, it is important to take specific advice on the facts of your case before taking action.