“Moaning” Employee was Unfairly Dismissed – Three Things to Watch Out For

A short serving employee has won her employment tribunal case after a judge found that she had been automatically unfairly dismissed for complaining that she had not been paid correctly and that she was working in excess of the weekly limit on working time which was stressing her out. The employer had tried to argue that she was dismissed for poor performance, but this was not accepted by the tribunal.

The case of McMahon v Heron Financial Ltd highlights the importance of employers being aware of the employment law protections employees have and the need to act appropriately if issues are raised.

The employee was employed as a New Build and Mortgage Protection Adviser and had worked for the employer for less than two years. There was a commission scheme in place and she was entitled to 5 days company sick pay. Her contract required her to work 40 hours a week but in practice she worked long working hours – in excess of 48 hours a week. She had not opted-out of the maximum average 48-hour working week permitted by the Working Time Regulations.

In May 2019 the employee emailed her managers about commission payments she believed she should have received but which hadn’t been paid to her. She then took two weeks off due to illness, after which she called a meeting with her manager. She raised that she was working more than an average of 48 hours a week, that it was stressing her out and that she wanted somehow to reduce her hours. She also raised that she hadn’t been paid what she was owed as she had not been paid her commission or all the sick pay she was expecting.

Two working days later the employee was due to attend a meeting off-site but got a text message asking her to go into the office instead. When she arrived, she was told by Operations Manager that she was being let go and was given no other explanation. The employee did not receive a dismissal letter. She subsequently raised a grievance about her treatment which was dealt with by letter and not upheld.

The employee made a number of claims to the employment tribunal, including that she had been automatically unfairly dismissed for asserting her statutory right to work less than an average of 48 hours per week and asserting her right not to have unlawful deductions made from her wages.

It’s always important for employers to ensure that they act appropriately in relation to employees and employment law matters. This case highlights three areas in particular that employers may wish to watch out for:

It’s always important for employers to be careful if they are considering dismissing an employee – irrespective of their length of service and to seek advice on the circumstance of their case from Kingfisher Professional Services Ltd before taking action. There are many reasons for which it is automatically unfair for an employee to be dismissed, so it is important to ensure that mistakes are avoided.

If an employee has two years continuity of service or more, remember, not only will dismissal need to be for a potentially fair reason, but it is also important to ensure that any dismissal is reasonable and appropriate in the circumstances and that a fair procedure is followed.

2. Dealing appropriately with any issues that are raised

If an employee raises issues, such as a complaint about not being paid what they consider they are entitled to, it’s important to deal with the matter promptly and appropriately. This will often involve addressing the issue via the company grievance procedure; however, you should seek advice from Kingfisher Professional Services Ltd on the circumstances of your case.

3. Be aware of the rules on working time

It’s important to be aware of the limits on working time and employees’ rights to rest and breaks. In particular, as highlighted by the case in this legal update, the maximum weekly working time for most adult employees under the Working Time Regulations is 48 hours (including overtime) averaged over a 17 week reference period.

However, adult employees can voluntarily ‘opt out’ of this protection either for a fixed period or indefinitely by signing what is called an opt-out agreement.  If an employee opts out this means the average 48 hour weekly working limit does not apply to them and they can work longer hours, although the usual rules regarding rest, breaks and night shifts will still apply in most cases. If you would like an opt-out agreement for use in your organisation, please contact your Employment Law Specialist who can provide one for you.

It’s also worth bearing in mind that there can be occasions where there is an exemption or a special situation which means that one or more of the usual rules under the Working Time Regulations do not apply. For more information regarding this or the rules on working time generally, please do not hesitate to contact Kingfisher Professional Services Ltd. 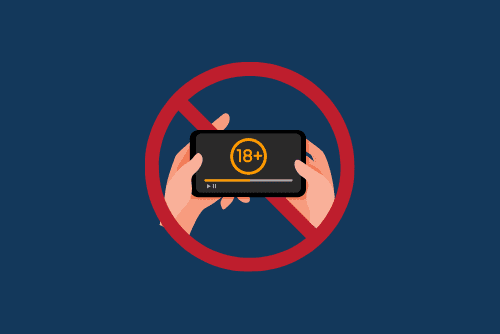