An employer lost a discrimination claim from an unsuccessful job applicant after managers became focussed on recruiting someone who was the “best fit” for the role which led them to take into account factors which were discriminatory.

The unsuccessful candidate was a man in his fifties and the tribunal found that his age and sex were factors in rejecting him in favour of another candidate. The judge commented that he didn’t think the employer appreciated that the danger of going down the path of “best fit” was that they would be more inclined to choose a candidate who was more like them.

The case of Clements v Guys and St Thomas’ NHS Trust highlights the importance of employers being alert to possible discrimination issues during recruitment.

The claimant, a man in his fifties, applied for a role as a Project Manager. He was invited to attend an interview as were four other candidates. All applicants were interviewed on the same day by a panel. After the interviews, candidates were taken to informally meet other members of the team, but there was no consistency in who met who.

Following the interviews, the claimant and another applicant KM – a woman in her twenties, were found to be the two best candidates having scored 81.5 and 80 respectively. There then followed a process during which, notwithstanding the claimant’s highest score, the panel proceeded to discuss who to select on the basis of who would be the “best fit”. The informal meetings with members of the team, who were mainly young and female, were an influential part of the decision making and the final decision was only made after discussions with them.

There were a number of comments made by team members which questioned whether the claimant was too experienced, whether he was too senior, that he was very different from the previous post-holder (a woman in her twenties) and how his future manager would manage him. Many of the Tweets of one of the team members who had provided feedback were “of a feminist or gender equality theme”.

The role was offered to KM. The manager called the claimant to tell him he had not got the job, conveying that a main factor in the decision was that she would find it difficult to manage someone who was much older than her – she referenced that she would be uncomfortable asking the claimant to do things given he has an 11-year-old daughter. She reassured him that he “had so much more to give compared to other applicants” as well as saying that it was an objective of that team “to encourage team members to develop their careers” and that given the claimant’s maturity, it was “better to employ someone at an early stage of their career as they would then progress to develop their career over a longer period elsewhere in the NHS”.

The claimant made a complaint to the HR department about the ‘discriminatory recruitment process’, after this was not upheld he complained to an employment tribunal that he had been directly discriminated against because of his age and sex. 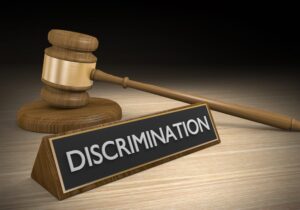 The employment tribunal awarded the claimant £7,600.

It’s important for employers to ensure that recruitment decisions are fair and non-discriminatory and that this can be evidenced if challenged. To help protect their organisation it’s advisable for employers to ensure that those who are involved in recruitment decisions have received appropriate training, particularly in relation to equal opportunities, as this can reduce the likelihood of issues arising.

Some common mistakes that can be made during a recruitment process include:

If you have an employment law matter you would like assistance with, please do not hesitate to contact Kingfisher Professional Services Ltd for advice on the facts of your situation.