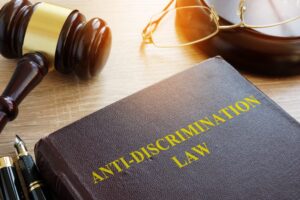 At tribunal the employer admitted to knowing nothing about correct procedures, ACAS guidance or unfair dismissal. This case is a reminder of how important it is for employers to take complaints of discrimination seriously and to manage them appropriately and correctly.

Facts of the Case

In Massamba v IKB Travel & Tours Ltd the employee was called a ‘black monkey’ in the office by a co-worker in front of witnesses. The next day the employee told the general manager how upsetting he had found the incident and that he wanted the Managing Director to be informed. He was told it was no big deal and it was suggested the Managing Director shouldn’t be notified. The employee later emailed a formal grievance to the founder of the business and copied in the general manager, both of whom were abroad at the time. He got no response.

Shortly after this, the employee went off sick for a few days. On his return he was called into a meeting with the Managing Director and was dismissed with immediate effect. He was told that he had not grown into the role and the job was not right for him.

The employee appealed, arguing that the real reason for his dismissal was that the company didn’t want to deal with the race discrimination issue, so they had dismissed him on spurious grounds instead. He received no response to his appeal.

The employee complained to an employment tribunal about how he had been treated. The tribunal found that the comment made to him by his colleague was race discrimination. The employer had tried to argue that the racist comment had never been made. They asserted the employee had  fabricated the story about the comment because he knew his employment was precarious due to his poor performance and that he set up the false allegation in order to obtain compensation. The tribunal found no evidence to support this and described it as a fanciful theory.

The tribunal also held that the employee’s dismissal was an act of victimisation – that the real reason for it was that he had raised a grievance about race discrimination. The tribunal did not accept that the Managing Director had not read and was not otherwise aware of the grievance that had been raised. The tribunal found that had the employee not made the discrimination complaint there was no reason to think that he would have been dismissed in the circumstances. It was also found that the failure to communicate an appeal outcome to the employee was a further act of race victimisation.

If you receive a complaint about discrimination of any kind in your organisation you will usually need to invite the employee to attend a grievance meeting, thoroughly investigate the grievance and give the employee a written grievance outcome explaining your decision and a right of appeal. It’s important to take advice on the facts of your case if an employee raises a grievance.

If wrongdoing is found, you will need to take appropriate action, this is often disciplinary action against those who have engaged in discriminatory behaviour.

It’s important to remember that as highlighted by this case, employees who raise a complaint about discrimination are protected from being victimised so they shouldn’t be dismissed or subjected to any other detriment because they have raised a grievance.

Ensuring that employees have received appropriate anti-discrimination and harassment training can help to reduce the likelihood of issues arising in your organisation. It’s also important to ensure that managers/directors are appropriately trained when it comes to recognising and preventing discrimination and harassment and that they are aware of how to handle such matters if they do arise. Had the employer in this case taken such measures they may have prevented this case from arising.

If you have any employment law matters you would like support with, please do not hesitate to contact us as we are happy to help.