An employment tribunal has made some rare and costly awards after finding that an employee had been discriminated against, harassed, victimised and unfairly dismissed. 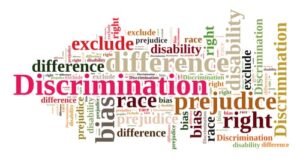 In the case of Plaistow v Secretary of State for Justice the judge took the unusual step of awarding career-long losses up to retirement age after the employee was left unlikely to ever work again because of the effect on his mental health of the abuse he suffered at work. As he is currently only 41 years old, when the exact sum is calculated, the award will be a significant amount.

In addition, awards were made of £15,000 for aggravated damages and £8,000 for exemplary damages. These awards are only made in the most serious cases – here it was found that the employer’s conduct and serious failings aggravated the hurt caused to the employee, and that the employer falsified documents and conducted the case in an oppressive manner.

This case is a reminder that whilst these types of awards are very unusual, judges can make them if they determine the situation merits it.

The employee was a prison officer who transferred to a new prison to advance his career. Shortly after the transfer he was asked if he was gay by other prison officers because of his spiky haircut. He was later asked about his sexuality by his manager at which point he revealed he was bi-sexual.

It became apparent that this information was disclosed as the treatment by his colleagues got worse. It included his name badge and work bag being coloured with pink permanent marker. After raising a grievance about his treatment, he was subjected to a campaign of further abuse which included being called ‘poof’, ‘gay’ and ‘vermin’ as well as being pushed and slapped and having water squirted at him. Some of these incidents took place in front of managers who did not intervene.

An incident then occurred in which  the employee was accused of using unnecessary force on a prisoner whilst breaking up a fight and he was subsequently suspended, disciplined and dismissed for gross misconduct.

The employee complained to an employment tribunal that he had been unfairly dismissed, victimised, discriminated against and harassed because of his sexual orientation.

The employee won his case. It was found that his dismissal was unfair and an act of victimisation –  based on the evidence, there had been no excessive force used, but rather the employer had used the incident as an opportunity to dismiss the employee because of the complaints he raised about his treatment. The tribunal also found that he had suffered a campaign of direct discrimination and harassment on the basis of his sexuality or perceived sexuality whilst working at the prison.

There were missed opportunities in this case to prevent the situation from turning out the way it did for the parties involved. There are three key lessons employers can take away. That it’s important to:

1. Take appropriate steps to reduce the risk of unacceptable conduct occurring in the workplace.

These steps should include having robust policies in place and communicating these clearly  to your employees from day one of employment and providing training on key areas such as discrimination and anti-harassment with periodic refreshers as needed.

2. Train managers and other senior members of staff to recognise inappropriate behaviour and identify grievances.

It’s important that managers are able to identify inappropriate behaviour so that if they witness it, they are able to appropriately intervene to prevent its continuation. That did not happen in this case and the matter escalated.

Managers also need to be alert to employees raising grievances so that they can be correctly addressed. Grievances, particularly serious ones such as those in this case, should not be ignored. If they are, or they are mismanaged, it increases the risk of a tribunal claim.  Furthermore,  if an employee does bring a successful tribunal claim and the ACAS Code of Practice on disciplinaries and grievances has not been followed, there can be an uplift on the amount of compensation awarded to the employee.

3. Ensure that action such as disciplinary action, is only taken against employees for genuine and permissible reasons.

It’s important to bear in mind that employees are protected from being dismissed or being subjected to a detriment because they have complained that they have been discriminated against or harassed.

If an employee raises a grievance in your organisation or you have any employment law matters you would like advice on, please do not hesitate to contact Kingfisher Professional Services Ltd as we are happy to help.