An employer who dismissed a bus driver for dangerous and poor driving which culminated in him driving into the rear of another bus has succeeded in showing that the dismissal was fair and non-discriminatory.
Whilst the employee did not dispute that the incidents had taken place, he had tried to argue, amongst other things, that he had been treated inconsistently with other drivers who had also had accidents and that his mitigation was not properly considered.

The case of Bah v London United Busways shows the importance of treating employees fairly and appropriately when dealing with conduct issues and of considering fully the circumstances of the case when considering whether to dismiss.

At the hearing the employee didn’t dispute ‘the errors he made on this trip’ but he put forward in mitigation that he had been going through a divorce and there were upsetting family issues and he hadn’t realised the effect this had upon him. He was not thinking straight, was not tired physically but may have been mentally fatigued. Following the disciplinary hearing the employee was dismissed for gross misconduct.

The manager found there were 16 incidents on the CCTV footage where the employee was either not in full control of the vehicle, not paying attention to the traffic conditions or showing signs of fatigue such as rubbing his face. He reacted too late to avoid colliding with the other bus. The manager accepted that the employee’s personal situation was on his mind but he believed that the employee continued driving knowing that he was suffering from fatigue, thereby making him unfit to drive and putting the safety of the public at risk. There were many indicators that would have alerted the employee while he was driving that he was tired, he should have stopped and reported the situation but did he not do so.

The employee appealed arguing that the decision to dismiss was too harsh and he had been treated differently to other drivers, although he could give no details of any comparators to support his argument of inconsistency. Whilst he still denied tiredness and sleeping, he could not otherwise explain why the events had happened. The dismissal was upheld. The employee complained to the employment tribunal that he had been unfairly dismissed and directly discriminated against because of this race/religion, in part because someone of a different race/religion would not have been dismissed.

The employment tribunal found that the dismissal was fair and that the employee had not been discriminated against, some of the key findings were that:

• The employee’s mitigation was properly considered – the employee presented his mitigation to managers who listened to him and were concerned to hear about his personal circumstances. However, the employer was within the range of reasonable responses in deciding that the mitigation was not sufficient to outweigh the risk of allowing the employee to continue to drive.

• Dismissal was a fair sanction in this case – the incident was so serious that it caused the employer to believe that they could not take the risk of permitting the employee to continue to drive, particularly as he was unable to explain why the accident happened. Without such an explanation the employer could not find ways to solve the problem or take steps to remove the risks. It was within the reasonable range of responses to dismiss especially in light of the vital safety aspect of the employer’s business.

• The employee’s dismissal was not direct race or religion discrimination as he had not been treated any less favourably than anyone else was/would have been in those circumstances. 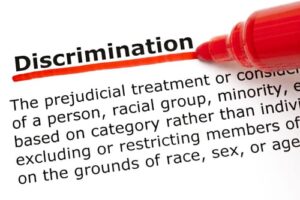 When it comes to disciplinary matters it’s always important for employers to seek advice on the facts of their case before taking action, particularly if a possible outcome could be the dismissal of an employee. Remember, it’s not automatically fair to dismiss an employee even if an employer believes they are guilty of gross misconduct. Whether a particular dismissal will be judged to be fair or not will depend on the circumstances of the case.
The general factors that will need to be taken into consideration when it comes to considering dismissal for an employee who has two years service or more include:

• What level of sanction has been applied previously for the same act and were the circumstances similar or are there material differences?
• Have employees been led to believe that particular categories of conduct would be overlooked or that a lesser sanction would be imposed?
• Has the employer followed a fair procedure?
• What does the contract allow for?
• What is the employee’s length of service and do they have a clean disciplinary record?
• Has the employee raised any mitigation?
• What was the employee’s conduct like through the process? Have they shown remorse?

If you would like advice on a conduct issue, whether it is straightforward or complex, please do not hesitate to contact Kingfisher Professional Services Ltd as we are happy to help.